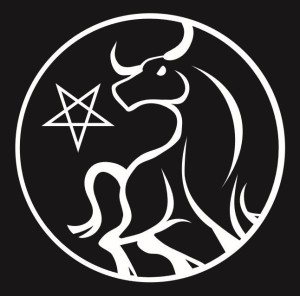 I recently traveled to the beautiful city of Detroit, MI for a Setian Gathering over a long weekend. After a fantastic three days of magical Exchange with a wonderful group of people, exploring a new city, I returned home eager to integrate what I had learned and experienced into my daily life. 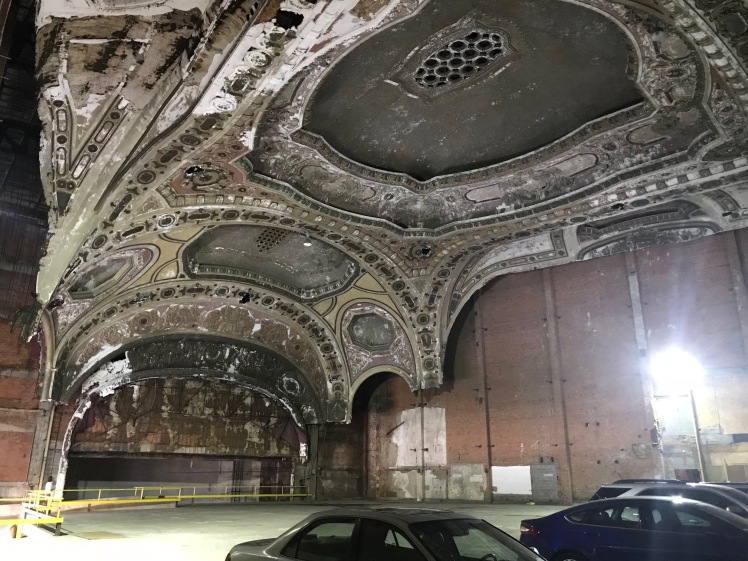 My trip back to Austin was delayed, then rerouted, due to lightning storms in Houston, which in my highly charged and sensitive post-Gathering state seemed a beautiful synchronicity.  I arrived home to find that my luggage had been sent a different route, and, over the next 24 hours, my suitcase failed to turn up on my porch as promised.

I followed all the usual steps – phone calls to the airline and emails to their courier service. I mentally catalogued the items that were in the suitcase, including an irreplaceable gift from Magister James Kirby, who passed from this life last October. My black pentagrams of Set. An (extremely) antique ring given to me by my husband. The suitcase itself was a gift from my late mother. 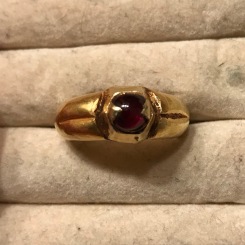 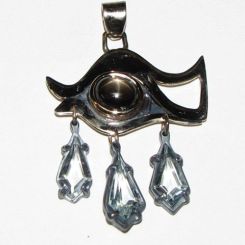 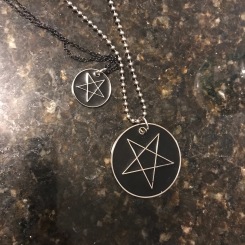 After I lit some candles for Santa Muerte (because why the hell not?) I remembered a recent conversation I’d had with Lechuza Mundo, another Austin Setian, when she’d told me about a servitor that she and her husband had created, specifically for finding things. I sent her a text message, asking if XXXXX (name redacted) worked only for them, or could they ask on behalf of other people. She said she’d give it a try, so I sent her some photos of things that were in the suitcase.

45 minutes later, my luggage was dropped off on the porch.

I’ve been asked before about practical applications for magic. It’s super great to achieve a godlike state of being, striving for self-knowledge and refinement of the will. But what about the day-to-day life stuff? I feel it’s vital to remember and apply magical principles to everyday problems – not as a replacement for hands-on work, but to tip the scales of the universe in our favor. Magic can not only amplify who you are, it can strengthen the effects of what you do. It can make your hard work do more for you.

After my great results with requesting assistance from XXXXX (name redacted), Don Webb was kind enough to send me the following essay, with instructions for creating a servitor for my own household. I publish it here with his gracious permission.

The practice of creating servitors is pretty old – the first record we have is in Lucian’s short story, “The Lover of Lies” in 150 AD.  That story, via Goethe’s poem, “Der Zauberlehrling”  eventually became the story of Mickey Mouse and the magic broom in Fantasia. The basic ideas are there – programmed magic works and is therefore dangerous.  I love telling I*’s about Servitors – they get results and, since they’re so damn easy to screw up, will teach a lot of lessons.

Servitors are well represented in HooDoo and English cunning man magic, but became popular in the 80s in Chaos Magic  — and since we know that white guys invented everything, we’ll just go with that.

Like most methods, everyone has his or her way.  I’m going to share mine – your mileage may vary. However, the warnings should be noted, so that when you cross the line and screw up you can think how smart I am.

Some people like to give the servitor a place to live – like a doll or a painting.  That’s ok, but NEVER use a living thing. Servitors should enjoy their lives, don’t make them robots.  DON’T leave them turned on all the time. They will do exactly what you tell them, so don’t chide them if you don’t like the results. I don’t tell everybody how to summon it.  Groups can create them as well.

Here is my 5 step system.  To illustrate I am going to make an entity to help me throw parties.  I’m going to call him Hardi (as in “Party Hardi!”). I like simple names that are similar to purpose.  You can use any name you like, but DON’T use departed relatives because you will confuse your intent.

Because people have good results with servitors, they make too many.  Go easy with it.